Bellevue College has invited three finalists to interview for the Interim President position: Dr. Yoshiko Harden, former Governor Gary Locke, and Dr. Raúl Rodríguez. Each of these candidates will participate in a full day of virtual interviews next week with faculty, staff, students, and community partners.

Based on your close relationships with Bellevue College as a community partner, we would like to invite you to participate in the interim president interview process. We value your feedback in finding the best person to lead the college over the next 12-14 months. The interview date/time information is below. If you are willing and able to participate, please RSVP here and we will send you a calendar invite with the call-in information, as well as candidate materials.

Below, you will find more information about each of the finalists.

Yoshiko Harden serves as the Vice President for Student Services at Seattle Central College where she provides leadership to Student Development, Student Success, Enrollment Services, faculty counseling, the Office of Student Conduct, Seattle Pathways and Title III.  Dr. Harden formerly served as the Vice President for Diversity/Chief Diversity Officer at Bellevue College. There she led college-wide initiatives to address inequities in recruitment and hiring, professional development for faculty and staff, Title IX/Violence Against Women Act (VAWA), and the bias response team. Dr. Harden also served as the Director of Multicultural Services and Student Development at Highline College. She earned a bachelor’s degree from University of California, San Diego in communications and women’s studies, a master’s degree from Seattle University in student development administration, and a doctorate in higher education policy from Northeastern University.

Gary Locke formerly served as Governor of Washington State (the first Chinese American to be elected governor in United States history and the first Asian American governor on the mainland), U.S. Secretary of Commerce, and most recently as U.S. Ambassador to China.  Governor Locke is a leader in the areas of education, employment, trade, health care, human rights, immigration reform, privacy, and the environment. His innovations in government efficiency, customer focus, and priority-based budgeting, as well as successful and under-budget management of high-risk initiatives, have won him acclaim from nationally recognized authors and organizations, including Harvard’s Kennedy School of Government. In his two-terms as Governor, Washington was ranked one of America’s four best managed states. Governor Locke attended Yale University, graduating with a bachelor’s degree in political science and received his law degree from Boston University.

Raúl Rodríguez is currently the Interim President at East Los Angeles College, which is the largest of the nine colleges in the Los Angeles Community College District with more than 55,000 students (30,000 FTES). Previously, Dr. Rodríguez served as the Chancellor of the Rancho Santiago Community College District (RSCCD), which is one of the largest community college districts in the state of California with an annual enrollment of more than 80,000 students and more than 4,000 employees.  Prior to joining RSCCD, Dr. Rodríguez held a number of positions in both single college and multi-college community college districts in California. Dr. Rodríguez earned a doctorate in psychology from the University of California, Santa Cruz., a master’s degree from Fairfield University in school and applied psychology, and a bachelor’s degree in liberal studies from Bowling Green State University in Ohio.

Thank you for your consideration 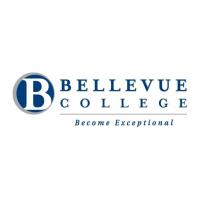